The world’s first porridge bar “GRØD” opened its doors on September 24th 2011 on Jægersborggade, in the Nørrebro-district of Copenhagen

Many people have asked me this question. Why quit my music studies in London and collect all of my savings in order to open the world’s first porridge bar at 21?

The story is weird yet true. I struggled with obesity, low self-esteem and bad habits as a kid. At 15, I decided to do something about it. So, I started a daily morning-routine of making and eating porridge. This became a turning point. I lost weight, became more confident (I even got a girlfriend) – and became completely obsessed with porridge in the process. I thus began experimenting with porridge, using various oats, cooking techniques and toppings, and the porridge slowly improved. Later, I discovered salty porridge-dishes like risotto, daal and congee. This was a major eye-opener for me, as I discovered that porridge neither has to be sweet, only for breakfast nor boring food for the student on a tight budget. My obsession for porridge was only strengthened as time went by – and at some point I felt there wasn’t anything I could do but open a porridge bar, and show the world how amazing this ancient dish can be. I am still completely obsessed with porridge. And the dream for me and the GRØD team is to continue developing new products, and open more shops in Denmark – and at some point in the whole wide world! 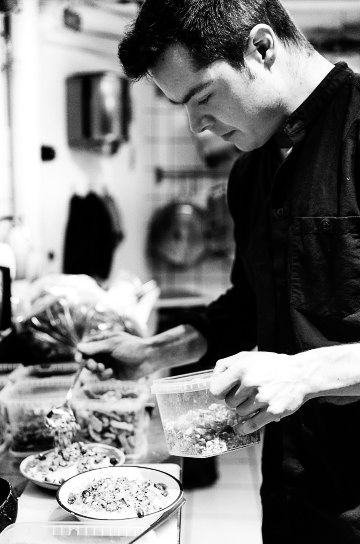